Sinazo Didiza on The Platform 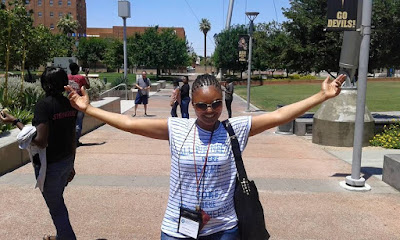 Sinazo Didiza is an Advocate for Females' Reproductive Health Rights, she's the founder of Sexual Health Rights and Advocacy Foundation. Sinazo is the Youth Center Program Coordinator at LoveLife, she's currently studying for her Master's Degree in Social Work at the University of Fart Hare, and she recently completed a six-weeks Mandela Washington Fellowship in Civic Leadership At Arizona State University in the USA.

She steps on The Platform to tell us about her experience in social work, her Mandela-Washington Fellowship experience and her meeting with Dr Lin Fan Wang.

Jude Chisom Erondu on The Platform 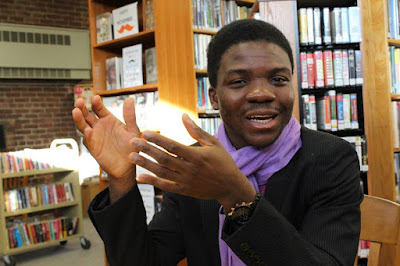 Jude has continued to stand out among his peers on campus by initiating pro-active solutions to problems affecting students' academic and personal success. He has so far held numerous student leadership positions including, member, College Judicial Review Board (2013-2014), Director of Civic Engagement, College Students Senate and Students body President for the 2014/2015 academic year.

Jude has also been a delegate at the Millennium Campus Conference and the AIESEC Youth Action Summit which both held at the United Nations Headquarters in New York. He steps on The Platform to tell us about his passion to promote global education which he sees as a tool for the eradication of global hunger and poverty.