Nkechi Emmanuel on The Platform 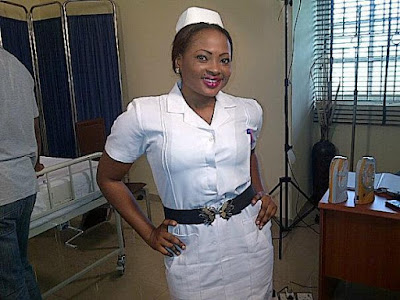 Nurse Titi as she is popularly known in the TV Series Clinic Matters, is a Nollywood Actress, Presenter, and a Model.

Nkechi Emmanuel steps on The Platform, and we discussed her career, the Nigerian movie industry, and her journey so far. Enjoy.

ThankGod: You are popularly known as Nurse Titi on the TV Series Clinic Matters, tell us how it all started?


Nkechi: I started acting from childhood. I discovered I was always featuring in school dramas and church dramas. When I was much younger, whenever I was removed from any particular church or school drama not to join in participating I cried..... hell into falling sick and wouldn't recover till I was taken to participate back again.

I did this on and on till I graduated from high school, and immediately after my graduation I told my mum I wanted to go ahead with acting professionally and she didn't argue it with me for once, ( maybe she didn't want me to fall sick. Lol ) rather she encouraged me and supported me in every little way a mum can do for her dear loved child that she cherish so much to the extent of reminding me of my audition dates and time, also dressing me up to look good and be at my best, to be identified from the crowd and giving me transportation fare too. She did a lot to support me till date and still encourages me.

Initially my dad refused me to venture into acting professionally, he wanted me to study and become a lawyer but when he saw the zeal and success he then gave in and supported me till date; he is my number one fan and all my siblings are also in full support.


I registered as an Actress professionally with ACTORS GUILD OF NIGERIA in August 2006 and till date am still a full time Nollywood Actress. After which, I did couple of movies and in one of them I acted as a nurse where the producer of Clinic Matters saw me and invited me over for the Clinic Matters audition, we were over 300 ladies present to be auditioned and only 3 was needed. I did my best and prayed hard and eventually I got to the top ten and later to top 5 and finally I won the role of NURSE TITI. I play and acted the role with so much energy and passion and by GOD's grace I got to where I am today.

ThankGod: Give us an insight into your early years, growing up, and how would you best describe Nkechi Emmanuel?


Nkechi: My full name is NKECHI EMMANUEL. My nick name is N.K SEXY...that is what people call me because they say I am always sexy. and some people still call me NURSE TITI till date.

I am from Anambra State, Aguata Local Government Area, from Aguruezechukwu to be precise.

I had my nursery and primary school education at Junior Strides Academy located at Ebutte Metta, Lagos Nigeria, and My high school was first at Strides Towers College Lekki, but later moved to Government College Ikorodu where I studied as a border in the boarding school and I graduated from high school there in 2003, after which, I studied Computer Usage for 6 months where I graduated with Diploma in desktop publishing. I furthered ahead to Lagos State University (LASU) Festac Campus where I studied History and International Relations and I graduated in early 2014 as a Diplomat. And now processing for my masters degree abroad. I would best describe myself in one word....SUMPTUOUS! 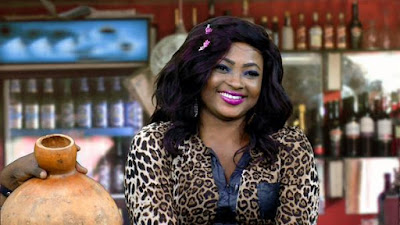 ThankGod: What and who influenced you into becoming who you are right now?

Nkechi: My passion of acting is what influenced me and Aunty Geneveive Nnaji also influenced me after watching a movie she acted as a Lawyer and she did it well, I was impressed and liked it so much...maybe because I was aiming on becoming a lawyer then and seeing that coupled to boost my passion.
ThankGod: In 2014 you visited orphanage homes as part of your birthday celebration, what inspired you to do that?

Nkechi: I visited the orphanage because I remember them...I wanted my birthday celebration to be with them so that they can know we remember them everyday of our lives; so they don't feel isolated or feel rejected by able people who aren't abandoned. I made them understand that they are loved and cherished so much. I needed to give back to the society in the little way i could, and I found that as one of the best ways I could do to my dear nation. I didn't want my birthday celebration to be only enjoyed by family and friends alone, I wanted to go the extra mile to reach out to other category of people so I did that. I had fun doing it anyway, because I got to see this people and see what they are going through, felt their pains , celebrated with them, made them smile and happy again, they got to sing and dance for and with me, I couldn't control my tears and prayed with them....In fact we had fun together doing all of that.

It was something totally different and far away from my usual doings and I have no regrets doing it! I wouldn't wait till it's my birthday again before I would visit them and donate things to them again which I want every other person to emulate and do because this kids love it and are happy each time people visit them and they receive and accept visitors very well.


ThankGod: What are the challenges faced so far in your career and how have you thrived on them?

Nkechi: My challenge so far was when I initially started....going from one audition to another without me knowing my fate at the end, if I would be chosen or not . It wasn't easy jumping from one okada to another just to beat the time and get to the audition ground on time and to write down my name on time before the 350 to 400 names will be written on the same list for same audition. I would attend three to four auditions in a day in different distant locations and when am short of transportation fare I trekked a long distance almost collapsing and loosing breath and my shoes wear-out day by day. When I was passing through all these challenges something kept pushing me to struggle and I kept doubling my hustle and I thank GOD I didn't give up and here I am giving my testimony.


ThankGod: As an actress in Nollywood what do you think the Nigerian movie industry is not getting right, and what's your advice on how to make it better?

Nkechi: First, I would say it's the story line....it's time our writers upgrade to write what is MAKE-BELIEF. Stories that when we act it, it comes out real...not some unrealistic stories.


Secondly, the movie industry needs good production equipment which would also boost the quality of the film and help create more effects to the work.


Thirdly, actors need to improve on acting skills everyday. Training is needed always by every actor which would also add a great value to film and to the movie industry.


ThankGod: What else do you do outside acting?

Nkechi: I am also a Presenter, a Model but specifically do photo modeling and TV Commercials--I am not a runway model. I also have my private businesses that I handle outside the entertainment field.

Nkechi: I am currently working with the producer of the great movie the 'Mirror Boy' by name OBI EMELONYE on his new project as his first TV Series ever titled THE CALABASH. We are currently on Season 4, where I play the role/character OLIVIA....it's a lovely story that talks about the in and out and daily activities of the bankers up to their various head offices. It's captivating, interesting, educative and mind blowing....other seasons from season 1-3 is already airing on DSTV.

Also a short movie; I was featured on Agatha Amata's (Inside Out ) movie, which has just been released, and is making a great impart on people's lives as it's based on child molestation and domestic violence . Also so many others that can be looked on the internet by just typing in my name as NKECHI EMMANUEL. 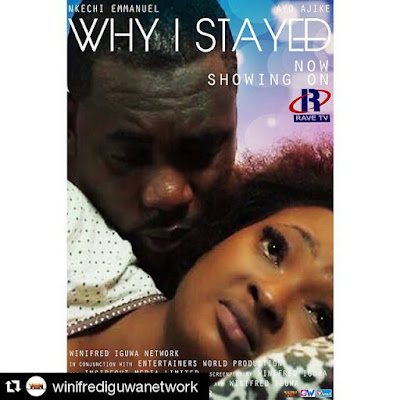 ThankGod: Any final words for our readers?

Nkechi: Thanks for taking time out to read about me and my career, I appreciate. And keep reading from this Blog....because they have a lot in store to unleash!

This interview was conducted by ThankGod Okorisha, All rights reserved, 26th August 2015
Posted by Unknown at 11:02

Email ThisBlogThis!Share to TwitterShare to FacebookShare to Pinterest
Labels: Nkechi Emmanuel, the platform